MY STORY:  WHO IS EDWARD J. DENECKE? 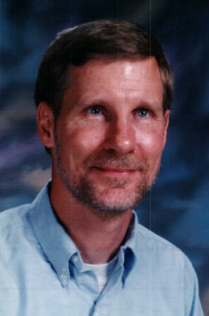 And how did he get his story to be told?

The road “less traveled by” often leads to discoveries that, as Robert Frost observed, make “all the difference.”  In 1988 I found myself on one of those “roads.”  It led me to a place where the idea for my children’s book “What Happens at School When You Are Not There?”﻿ was sparked.

I was born in 1953 in a suburb of Chicago, the fourth of twelve children.  I graduated from high school in 1971 and moved to Minneapolis to attend a bible college in 1977.  That is where I met and married my wife, Marilyn, in 1979.  We graduated together in 1981 and I spent the next seven years as a pastor.  Sometime after our two daughters were born (Rebecca in 1982 and Rachelle in 1985), Marilyn and I simultaneously discovered that we were unhappy with our life trajectories.  So, we came to a fork in the road.  I had to decide if I wanted to continue to pastor or to leave the ministry for something else.  One way led to a future for which I had intentionally prepared.  The other way led to the unknown.  We chose to take the road less traveled.

In 1988, I started working as a night custodian in an elementary school.  Instead of wearing a suit and standing behind a pulpit, I found myself wearing a janitor’s uniform and pushing a cleaning cart.  My income was half my previous salary.  The disparity was at first stark and difficult, but eventually the new job became rewarding and filled with discoveries.  I found that I liked what I did!  And in 1994, when I took a day position working directly in the midst of the school’s children, I found my next calling.  I wanted to be Mr. Ed, the school’s custodian!

Around that time, a mom asked me to write a children’s book about what happened in the school after the kid’s went home.  Because of what she said to me in that conversation, I knew that she was asking me to describe, in a story format, how we cleaned and maintained the building.  However, immediately in my mind the idea was born for the story you are about to read.  The years of pushing brooms, swinging mops, cleaning blackboards, and working as the head day custodian, had been the fertile ground for my imagination to blossom.

At some point in those first few years, I had begun creating make-believe stories for the school children.  Oil mops became alligators.  Elephants lived in the boiler room.  Birds came into the school through huge pipes in the ceiling.  And cracks in the floor became doors the ants entered to attend night school.

When I started to write this book, I folded a piece of paper to divide it into sections.  I penciled into each one some of the characters from the stories I had been telling the children for years.  From that simple beginning I was able to finish the first draft of the book in a few days.  Over the past eighteen years the story has gone through many edits.  Visiting authors coming to our school have graciously given me their advice and constructive criticisms.  My wife and daughters have been invaluable help.  And my desire to be published has driven me forward!

It has been said that life is what happens to you when you are busy making other plans.  Over fifteen years ago, in January of 1997, I read my book to a group of children for the first time.  Watching them react with glee as I shared it with them was an incredible experience.  Teachers have invited me into their classrooms ever since then to read my book.  Many hundreds of children have heard it.  The music teacher at one of our schools even used it as the basis for a musical in 1998!

I have a box full of letters from children expressing their delight when I visit their class and read my book.  This year in May after one of my visits, a third-grader named Kristin wrote me saying, in part, “I wonder if you will be a kid’s author or illustrator.  Kids will love your books.”  I can only hope she is right! 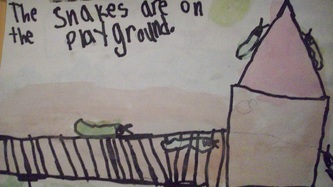 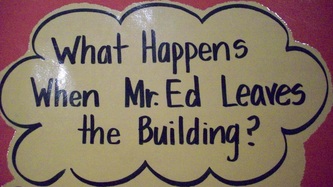 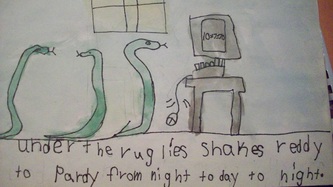 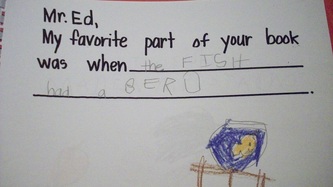 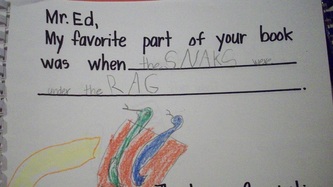 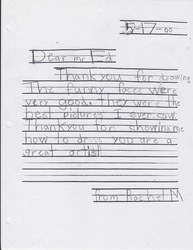 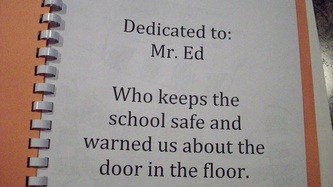 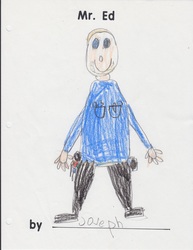 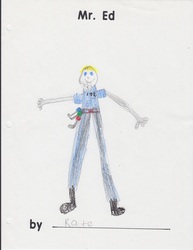 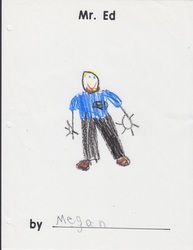 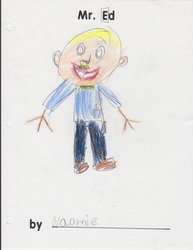 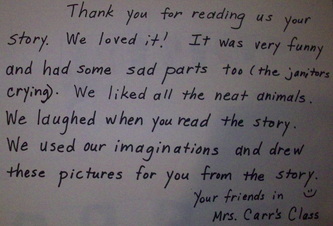 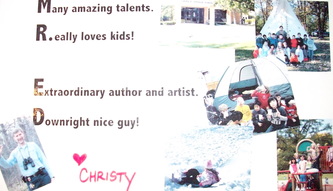 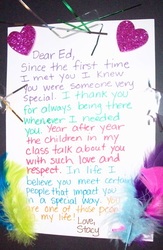 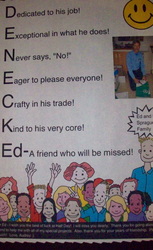 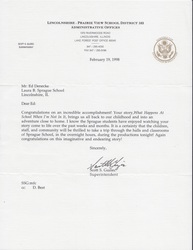